Prussic acid poisoning, also known as cyanide poisoning, is a metabolic condition in livestock that can periodically occur in operations.

Forages such as Johnsongrass, sorghum, sudangrass, and sorghum-sudangrass hybrids can contain toxic concentrations of hydrocyanic acid (HCN) after a frost event or during periods of drought. Cyanide or HCN is commonly referred to as prussic acid, hence the name prussic acid poisoning.

These forages contain cyanide in a bound form at all times. However, a stress event such as frost or drought causes damage to plant cell structures and releases enzymes that allow cyanide to discharge in a free form.

Cyanide is a toxic compound that can be deadly to grazing livestock, although ruminants (beef and dairy cattle, small ruminants) are more susceptible than horses. Generally, the lower pH in the stomach of horses helps to destroy the enzymes that form cyanogenic compounds. An average figure is that sorghums contain approximately 250 mg of cyanide/ kg of plant tissues, and a lethal dose between 0.5 and 3 mg/kg of body weight. A 1,200-pound cow would only need to consume between 2 and 14 pounds of sorghum to be toxic.

Cyanide poisoning symptoms may include rapid breathing, excessive salivation, and muscle spasms in cattle. Symptoms often occur quickly after grazing and may result in rapid death in animals (less than 30 minutes) once signs are observed. Immediate treatment by a veterinarian is necessary to save animals in most situations. Treatment includes administering sodium nitrite and sodium thiosulfate to the animal. In horses, the major risk is neuropathy and teratogenesis. Poisoning in horses generally requires continuous exposure to large amounts of cyanide in a grazing setting for several weeks or longer.

Prussic acid levels increase because of stress on the plant and deteriorate over time, unlike nitrate accumulation in forages. Avoid grazing areas where known cyanide- containing forages are present during periods of potential stress and immediately following a frost or periods of drought. Generally, within a five-day period after frost, high levels of prussic acid have degraded within the plant.

Do not turn hungry livestock into pastures containing cyanide-accumulating forages following an environmental stress event such as drought or frost. Provide hay and supplement to cattle to provide gut fill before giving animals access to these pastures. Use rotational grazing management to prevent selective grazing of lush, young cyanide-accumulating plants.

If forages are baled as hay or ensiled, prussic acid presence will decrease and is generally safe for feeding. Proper field curing or ensiling results in considerable loss of HCN. As a precaution, do not feed newly ensiled forage for at least three weeks after ensiling.

Download a PDF of Prussic Acid Poisoning of Livestock, ANR-2473. 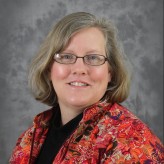